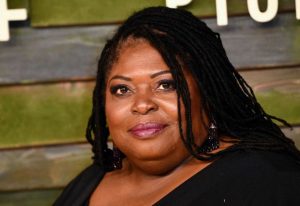 “It with the heaviest heart that I have to announce the sudden passing of my business partner, creative soulmate, and best friend Sonya Eddy. She left an indelible imprint in every person that she touched, through the screen and off,” Ford said, adding that memory contributions can be made to The Foundation of the National Student Nurses’ Association Inc.

Eddy was also remembered by fellow actress Octavia Spencer, who shared that “my friend @sonyaeddy passed away last night” without providing details of the cause of death.

Start the day smarter. Get all the news you need in your inbox each morning.

“The world lost another creative angel,” Spencer captioned a photo of Eddy on Instagram Tuesday. “Her legions of @generalhospitalabc fans will miss her. My thoughts and prayers are with her loved ones, friends, and fans!”

“I truly loved her not only as actress, but as a friend,” Valentini wrote on Twitter Tuesday. “The lights in the hub of the nurse’s station will now be a little dimmer, but her spirit and light will live on in both the show and our set.”

Eddy first starred on the venerable ABC soap in 2006, starring as a nurse and mother of Stan Johnson (played by Kiko Ellsworth) for over a decade. She later became a regular cast member on the prime time spin-off, “General Hospital: Night Shift.”

In addition to “General Hospital,” her other acting credits include Señora Porter in Warner Bros’ “The Middle” and Deb in ABC’s “Fresh Off the Boat.” She also made appearances in television sitcoms including “Married… with Children,” “Seinfeld,” “Home Improvement” “Glee,” “Mike & Molly,” “2 Broke Girls,” “The Middle” and “PEN15.”