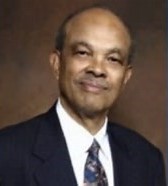 wltx.com – COLUMBIA, S.C. — Longtime South Carolina Judge Jasper Cureton, who became the first Black appellate judge in the state in over a century, has died.

Cureton passed away on Tuesday at the age of 84.

In 1983, Cureton was appointed as an Associate Judge on the South Carolina Court of Appeals. He was the first African-American to be selected to that body since Reconstruction in the 1870s. He retired from the bench in 2003.

He began his legal career in private practice before being appointed in 1976 as a Master-in-Equity judge in Richland County. That was another history-making appointment, as he was the first master-in-equity in the state since Reconstruction.

And he was a trailblazer earlier in life when he graduated from the University of South Carolina School of Law; once again, he was the first Black person to make that achievement since the Reconstruction era.

Cureton was born in Oconee County in 1938 and was valedictorian of his high school class. He first attended college at South Carolina State College (now South Carolina State University). He then went to work in New York City as a social investigator for the New York Department of Welfare.

He’d then serve two years in the Army before moving back to South Carolina. After teaching school for a year, he went to law school.

In his 27 years on the bench as a judge, Cureton mentored several young lawyers, judges, and others hoping to practice law. Circuit Court Judge, Casey Manning says he got to know Cureton as a teenager and said he will be dearly missed.

“I can say he was a dear friend of mine. He was such a good guy, he really was, just a kind, gentle, good man,” Manning said. “Someone once said, and I think this applies here, ‘A long life may not be good enough but a good life is always long enough’, and his health was declining, but he had a long and good life, and also a very impactful life.”

Chip Finney also reflected on Cureton’s legacy. After getting to know him as a child, Finney says the “law legend” was exactly that.

“If people were to go back and look at some of the decisions he wrote as a Juris, they would see his brilliance coming out on paper so to speak. He helped shape the state of South Carolina and the law that will be around for hundreds of years,” Finney stated.

Aside from his long legal career, Cureton was very involved in charitable work in the community as a volunteer. He served in leadership positions in the United Way of the Midlands, the Boy Scouts of America, the Big Brothers of Columbia, and the March of Dimes, among many other groups.