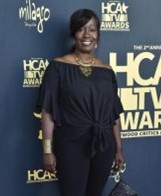 msn.com – According to reports, family sources shared that Chambers’ cause of death was reportedly due to acute asphyxiation.

The Misadventures of Awkward Black Girl actress was believed to have been with her mother outside a mall in Newport Beach, California on Wednesday last week when she experienced breathing difficulties and collapsed.

A statement from the family reads, ‘Her sudden and untimely death has left us all grief-stricken. Yakira was a light, a symbol of hope to our community, a steward of our culture, and a representation of what pursuing your dreams looks like.’

She continued, ‘Yakira’s passion extended beyond her daily work in the business; she loved helping others create a way out of no way. She believed in equity, and the demarginalization of persons of color to create a level playing field for all.

‘This passion was actualized in the form of her foundation, CureConstanceFoundation, an organization born out of the necessity for finding financial options for those in health crisis.’

Chambers made her debut on the hit crime drama NCIS: Hawaiʻi in 2021 as a staff writer before the show’s first season, and was then promoted to story editor for season two.

The late star wrote four episodes of the show and was part of ViacomCBS’s Writers Mentoring Program in 2020-2021.