Deion Sanders will have his chance to coach a Power 5 school if he wants it, according to a report. 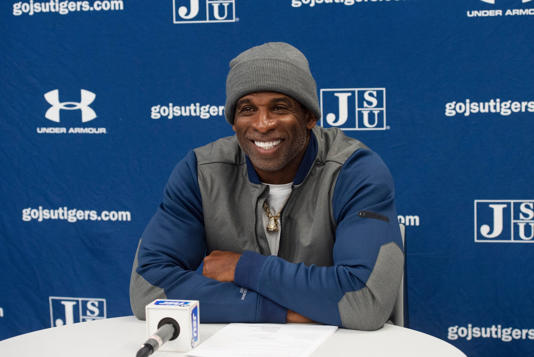 Sanders has been offered the head-coaching job at Colorado, according to Bruce Feldman of The Athletic. It is not clear if Sanders plans to take the job or not.

Sanders has been consistently linked to the Colorado job in recent days. The Buffaloes are searching for a replacement for Karl Dorrell, who was fired earlier in the season. While not necessarily a big-name program, Colorado could offer Sanders Power 5 resources and a solid base from which to recruit.

Sanders has been impressive as head coach at Jackson State. Through three seasons as the Tigers head coach, he has a 26-5 record, and the team went 11-0 this season.