Irena Cara, best known for her work on Flashdance and Fame, has passed away at the age of 63. Her publicist broke the news on social media (via Deadline) and a cause of death has not been provided at this time. She will be remembered for her numerous award-winning contributions to the world of music and acting.

Irena Cara performed and co-wrote the song “Flashdance… What a Feeling,” for the film Flashdance, which earned her an Academy Award for Best Original Song along with a Grammy for Best Female Pop Vocal Performance. Cara started from humble beginnings, mostly doing small performances on Spanish-language television. 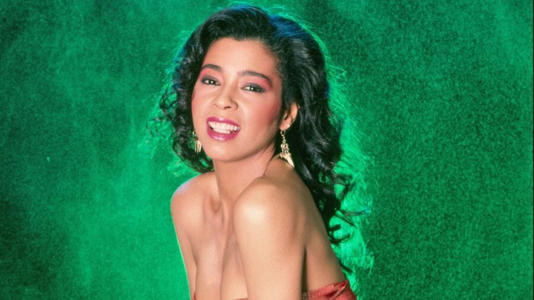 Before Irena Cara would win her awards for Flashdance, the role that really launched her into stardom was in the 1980 film Fame directed by Alan Parker. Although she was originally hired on the film as a dancer, the role of Coco Hernadez was re-written for her after several producers and screenwriter Christopher Gore heard her sing. Cara would go on to record the title song “Fame” and the song “Out Here on My Own” for the film.

This turned out to be a great decision, as Irena Cara helped the Fame soundtrack become a multi-platinum album and she would even help the film win some Oscars, though she wouldn’t take home one herself until Flashdance. The Oscar for Best Original Song went to Michael Gore and Dean Pitchford for writing the music and lyrics for “Fame.” Gore would also take home the Oscar for Best Score that year.

Interestingly, the song “Out Here on My Own” was also up for an Oscar that year, so Irena Cara made history again with it being the first time the same film had two songs nominated that were sung by the same artist. A few years later, Cara would reach the heights of her musical career in 1983.

Irena Cara wrote “Flashdance…What a Feeling” with Giorgio Moroder and Keith Forsey, and her performance helped to make it a smash hit. Along with taking home the Academy Award and the Grammy for the song, Cara also won the Golden Globe Award for Best Original Song and American Music Awards for Best R&B Female Artist and Best Pop Single of the Year. Cara would make history yet again by becoming the first Hispanic-black woman to win an Oscar in a category other than acting and the second to be nominated outside of acting.

After Irena Cara achieved global success with her contributions to Flashdance, she would appear in multiple film and TV roles while still mostly focusing on her music career. Some notable additions to her filmography after Fame include City Heat with Clint Eastwood and Burt Reynolds, Certain Fury with Tatum O’Neal, and Busted Up. She would also feature in several Broadway productions, briefly Dorothy in The Wiz and playing Mary Magdalene in Jesus Christ Superstar.

Irena Cara will certainly be missed. Her musical and acting contributions won’t soon be forgotten. Make sure to turn on Fame today or listen to “Flashdance.. What a Feeling” to remember her career.