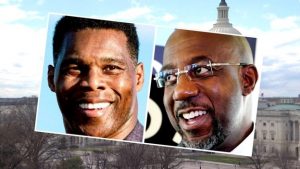 ALBANY, Ga. (WALB) – All eyes are on the Peach State once again this election season.

One of the biggest races is the race for one of Georgia’s seats in the U.S. Senate.

Incumbent Democrat Raphael Warnock is fending off a challenge from Republican Herschel Walker.

Here’s everything you need to know about the race:

Walker is challenging Warnock in the hotly contested race.

Posted in Across Black America