WASHINGTON – The Department of Commerce’s National Telecommunications and Information Administration (NTIA) recently announced two grants as part of the Connecting Minority Communities (CMC) Pilot Program, bringing the total amount of funds distributed under the program to $27,198,200 across 12 educational institutions. The grants will be used to deliver Internet access, purchase equipment, and to hire and train information technology personnel.

Long Beach City College, which received $2,999,978, will use the grant to support its Student Technology and Resources (STAR) program to help address gaps in Internet access among students.

Albany State University, which received $2,997,777, will use the grant to expand access to remote learning by expanding broadband internet access, connectivity, and promoting digital inclusion in the community.

The CMC program is part of President Biden’s Internet for All initiative and specifically directs $268 million from the Consolidated Appropriations Act of 2021 for expanding high-speed Internet access and connectivity to eligible colleges and universities.

Established in August 2021 within NTIA’s Office of Internet Connectivity and Growth (OICG), the Office of Minority Broadband Initiatives (OMBI) is the Department of Commerce’s leader in promoting equitable broadband access and adoption at Historically Black Colleges and Universities (HBCUs), Tribal Colleges and Universities (TCUs), Minority Serving Institutions (MSIs), and their surrounding anchor communities. Given their decades of investment in minority students and their communities, these institutions are effective catalysts for the expansion of high-speed Internet service.

Additionally, the Federal Communications Commission’s Affordable Connectivity Program provides a discount of up to $30 per month toward internet service for eligible households and up to $75 per month for households on qualifying Tribal lands. Visit getinternet.gov.

For more information on the Biden-Harris Administration’s high-speed Internet programs as well as quotes from the awardees, please visit InternetforAll.gov 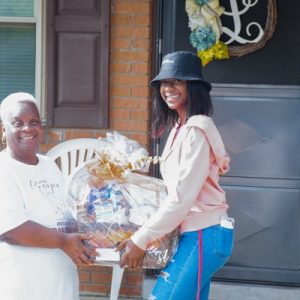