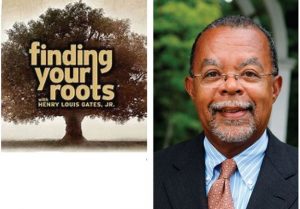 – The multi-talented Henry Louis Gates Jr. continues to put forth notable work for the Black community.

The popular documentary series “Finding Your Roots,” hosted by Gates, will kick off its ninth season in January 2023. Ahead of the new season, a new documentary, “Making Black America: Through The Grapevine,” premiered on Oct. 4.

Both series are available on PBS.

“Retrieving lost stories can be an act of restoration,” said Gates. “Not only of our ancestors’ resilience but the entire human community.”

“Finding Your Roots” is a documentary that, before the hype of Ancestry.com, dove into the family trees of celebrities, often producing surprising facts. Notable celebrities have appeared on the show, including actress and director, Regina King and Pharrell Williams, recording artist and music producer.

King’s episode featured her discovery of her ancestors’ slavery experience. Through King’s curiosity and Gates’ resources, he found her third great-grandfather, Bob King.

They discovered he was constantly traded between the enslavers’ families as property.

“It makes me angry,” said King with tears in her eyes. “He was six years old and alone. Did he know his mother, and if he did, for how long?”

Williams’ episode highlighted his third great-aunt’s participation in an interview detailing her experience in slavery. The interview revealed gritty details about her life on a cotton plantation and the degradation African Americans experienced.

“It puts a vivid and tense context behind what it means to be African-American,” said Williams. “I thank God I got to hear it, but I’m sorry they had to endure it.”

He also found out his third great-grandfather most likely experienced slavery the first ten years of his life, which struck Williams.

The new series, “Making Black America: Through The Grapevine” is a four-part endeavor that airs Tuesdays through Oct. 25. Gates explores the Black American experience through interviews with leading academic scholars and activists, including Angela Davis and Andre Holland.

“For centuries, ‘the Grapevine’ has connected Black Americans in various networks not just as a way of communicating but of sustaining communities large and small,” said Gates in a statement. “From churches to fraternal and sororal organizations to Black Twitter, this is the story of the making of Black America and how a people did more than survive enslavement.”

The first episode divulged how free Black people built towns and schools and created networks to address the political and social needs of the Black community.