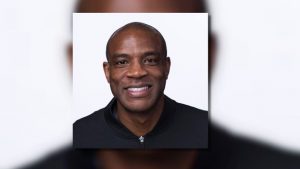 WSB TV, ATLANTA — Former NBA referee Tony Brown has passed away after a battle with stage 4 pancreatic cancer. He was 55.

Brown was surrounded by his family, friends and fellow officials when he passed away on Thursday, according to a release from the NBA.

“We are and have been sustained by the consistent outpouring of love and support through this journey in developing strength, acceptance and peace,” his wife, Tina Brown, said. “Our biggest thank you to our village of family and friends, near and far, old and new.”

NBA Commissioner Adam Silver described Brown as “one of the most accomplished referees” in the league.

“After his pancreatic cancer diagnosis early last year, Tony fought courageously through countless rounds of treatment to return to work this past season at the NBA Replay Center, demonstrating the dedication, determination and passion that made him such a highly respected official for 20 years,” Silver said.

During his 20 years, Brown refereed 1,110 regular season games and 35 playoff games. He refereed the NBA Finals during the 2019-20 season.

Brown was also a proud graduate of Clark College, which would become Clark Atlanta University.

Earlier this month, the university announced a scholarship in his honor, The Tony and Tina Brown Basketball Program Endowment.

Channel 2′s Justin Wilfon spoke with Brown’s wife and daughter as the Clark Atlanta basketball team presented him with a jersey while he was in hospice care at Emory University Hospital.

“I think that this whole thing has taught me a really big lesson that life is really short and just to love your people,” Bailey Brown said.

The family is asking that anyone who wishes to support them make a donation to the endowment.