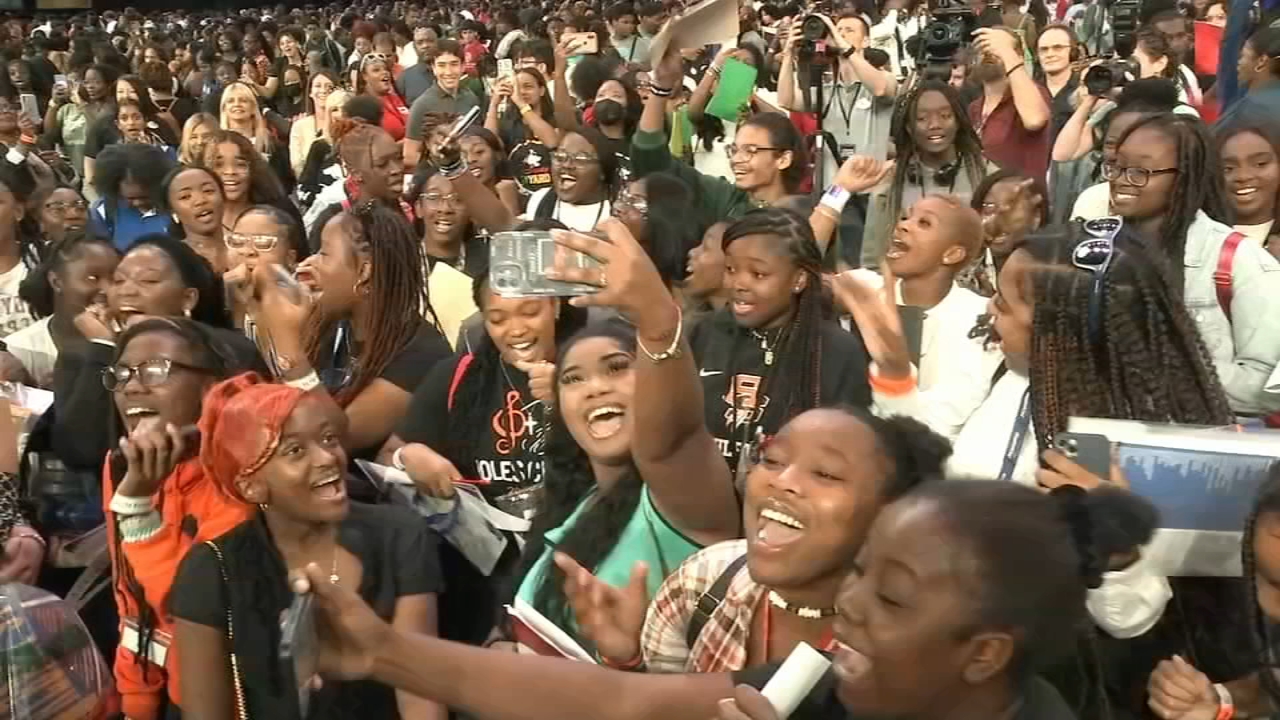 Thousands of students are in attendance this weekend for the HBCU Week college fair, which, for the first time, is being held at Disney World.

By TaRhonda Thomas, 6ABC, LAKE BUENA VISTA, Florida — As Juliana Tellez stepped off the bus with her fellow schoolmates and onto the grounds of Walt Disney World Resorts’ ESPN World Wide of Sports, she couldn’t help but think about the future.

“We’re becoming adults and starting the next chapter of our lives,” she said.

For Tellez, that next chapter involves going to college. She and thousands of other students took steps toward that goal by attending the HBCU Week college fair, which, for the first time, is being held at Disney World.

It’s a college fair where students get a lot more than just information on their school of choice.

“You could literally get a scholarship on the spot,” said Samantha Salcedo, a high school senior.

“I’m the first in my family to go to college,” said senior Kemani Thompson. “My parents didn’t go… so I’d be first generation.”

Approximately 7,000 students attended the college fair, filling up the booths of more than 40 Historically Black Colleges and Universities who sent representatives to the HBCU Week College Fair.

Delaware State University was among the schools offering on-the-spot scholarships.

Keith Forman received one of them.

“It feels amazing,” he said after getting a full-ride scholarship. “Thank you guys so much. Oh my God!”

Only one hour into the HBCU fair, Livingston College had already given away six full-ride scholarships.

With all of the students, schools and celebration, the scene was almost unbelievable to the woman who founded HBCU Week in 2017 in Wilmington, Delaware.

“This is something we couldn’t have dreamed about or asked for,” said HBCU Week Founder/CEO Ashley Christopher. “It’s incredible.”

Christopher watched HBCU Week grow from 700 students to now being embraced by Disney on the Yard, which is a program meant to authentically engage with HBCU communities.

“Bringing this college fair to Walt Disney World Resort, I don’t have the words other than to say my heart is filled and we’re changing lives,” said Avis Lewis, vice president of human resources for the Walt Disney Company.

The desire to spread culture and appreciation for HBCU’S is also the reason ESPN’S Stephen A. Smith began supporting HBCU Week years ago. He is now the brand ambassador, bringing his show “First Take” first to the original HBCU Week and now to Disney World Resorts where the show broadcast from on Friday.

“It’s going to open the doors of higher education to a lot of folks who might not have thought they’d ever have that opportunity,” said Smith.

The most emotional moment of the day came on the main stage of the college fair, when high school senior Djahnel Reid was presented with a check for $50,000 from Disney on the Yard and another $25,000 from Bethune-Cookman College. She burst into tears, overwhelmed at the fact that her college dreams had some true.

“All I can do is just thank God,” she said. “I came from a family that’s disadvantaged…I can go to college with no debt.”

Christopher is happy to see her work founding HBCU Week continue in such a strong way through the partnership with Disney, which will help even more college dreams come true.