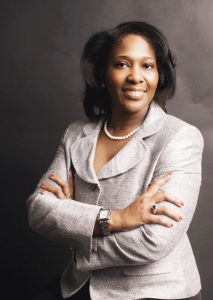 NNPA – Huntsville, Ala. —– Alabama A&M University President Daniel K. Wims has announced the selection of an individual to fill the key position of General Counsel.

Atty. Rochelle A. Conley is a 2000 honor graduate of Alabama A&M University, where she earned the B.S. in history and political science.  She received the Doctor of Jurisprudence in 2006 from the University of Alabama School of Law.

Since 2014, Atty. Conley has served as an attorney for the Deputy Attorney General, Alabama Secretary of State, Huntsville, Ala.  This position entailed the representation of the Madison County Department of Human Resources in child welfare cases within the Circuit and District Courts of Alabama and in administrative proceedings.  Atty. Conley was also responsible for researching and analyzing statutes, case law and other governing documents for successful representation in Court proceedings and to sustain appellate review.  Moreover, she provided professional training to employees on due process rights, evidentiary standards and Court proceedings.

Prior to her 15 years of practice as an attorney and counselor at law, Atty. Conley was an agency decision writer for the Investigative Services Office of the U.S. Postal Service in Huntsville, Ala.; a law clerk/paralegal for a Dallas-based law firm; and a law extern in the Civil Court Division of the 10th Circuit Court District, Jefferson County (Ala.).

As General Counsel, Atty. Conley will serve as the chief legal officer of the University and will be responsible for all legal matters.  She will aid in advancing the vision and goals of AAMU by providing legal service and counsel to University constituents within the course and scope of their employment.