The Mary Sue – It’s been barely a month since President Joe Biden announced he would be forgiving $10,000 of student loan debt for millions of borrowers and his administration is already walking back certain elements of that plan. 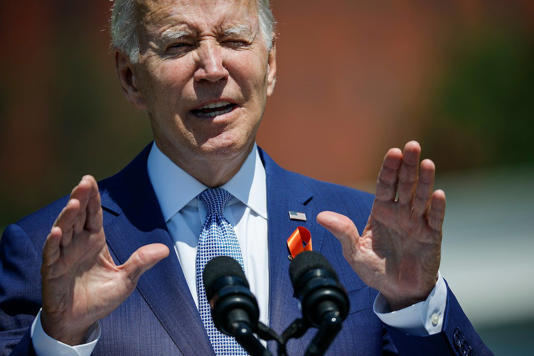 Joe Biden speaks from a podium, holding his hands up with a© Provided by The Mary Sue

The U.S. Department of Education just quietly changed some of its own guidelines for who does and does not qualify for loan forgiveness. Specifically, it reversed its inclusion of older types of loans: Perkins loans and Federal Family Education Loans (FFEL). The plan as announced only applied to federal loans, not private ones. But it would allow Perkins and FFEL loans—which are privately owned federal loans—to be consolidated into the Direct Loan program, making them eligible for forgiveness. This was all written out explicitly on the Education Department’s own website. And then suddenly it wasn’t.

All of a sudden, the language on that website changed. It now states that “As of Sept. 29, 2022, borrowers with federal student loans not held by ED cannot obtain one-time debt relief by consolidating those loans into Direct Loans.” That language was switched, by the way, on September 29. Meaning there was no warning for this change.

As for why the Biden administration did this, it seems to have to do with a lawsuit that was filed today on behalf of six state attorneys general, who are desperate to make sure the people in their states don’t see the relief Biden is offering. These AGs claim the loan forgiveness would be a burden to taxpayers and a harm to financial institutions.
In a statement to NPR, an Education Department spokesperson said they would “continue to explore additional legally-available options to provide relief to borrowers with privately owned FFEL loans and Perkins loans,” indicating they are potentially concerned about the legal challenges to their original plan.

It is truly disappointing to see Biden’s plan—which was a step in the right direction but did not go nearly far enough—already be walked back, with no notice for the approximately four million borrowers affected.