Denmark, S.C. – Voorhees University is proud to announce former Mr. Voorhees, Henriadam Brower as a potential baseball recruit. He will be representing in the HBCU All-Star Game in June 2022 in Atlanta, GA.

Henriadam Brower, is a recent May 2022 graduate of Voorhees University. The former Mr. Voorhees isn’t slowing down anytime soon. Brower received a great surprise recently that can possibly change his life forever.

“I was recently awarded the opportunity by God to play in the HBCU All Star Game they selected the top 50 HBCU baseball players in the country to play in a game at the Atlanta Braves Stadium in Atlanta GA. I will also be in the Home Run Derby. It makes me feel extremely grateful. I am honored to have this opportunity God opened this door for me my work and what God has in store for me have just begun,” he said.

Brower was a member of the Honors College, International studies program, Royal Court as Mr. Voorhees, Presidential scholars and Baseball team. He’s been playing baseball since I was 5 years old.

Brower stated that he has many goals.

“My goals as an athlete are to impact people in a positive way on and off the field through my story. I have started this through my clothing brand Irnehadams inc. Which was created to inspire people through fashion. I will also get into public speaking and host many camps which will lead to me opening my multi-sport indoor train facility,” he said.

Brower says he is thankful to be a Voorhees University graduate and that his coach really prepared him to be a better baseball player. “I love VU because it taught me that it’s not about the size of the tiger it’s about the heart of the tiger that keeps it going. No matter where you are, or your circumstances keep going have faith and doors will open it’s not about how talented you are or gifted you are all the time it’s about who you know and putting yourself in position to grow. I had 5 different coaches in my 4 years at Voorhees some doubted me some believed in me. Coach O’Neal came in my senior year and has started to turn the program around he has encouraged me to grow as a ball player and young man it is more to life than just baseball,” he said.

Baseball Coach Norman O’Neal says he is proud of his former student Brower. “I was initially anxious about the task I was given in January of this year. Henri was one of those players whose leadership, performance, and execution of any task he was assigned were beyond reproach. It is evident on the field that he is a diligent worker who puts in extra time before and after practice. The opportunity to play in this game is extremely important to him as he pursues a professional baseball career. I could not be prouder of him, as he is not only representing the University but also his family. There are 46 HBCU baseball programs with over 1,000 players, so being selected as one of the 60 best players in the country is a significant accomplishment. To be selected is an honor and a blessing. It demonstrates that when you put in the work and effort, you will reap the rewards.”

O’Neal is proud to be a first-year coach at Voorhees University. He is also a first-year professor in the Sports Management Department. “Losing Herniadam will be a significant blow to our program, but Voorhees University’s inaugural baseball team will be one to watch. Joseph Gaines, Mario Sumpter, Miles McCoy, Jathan Smith, and Elijah Baker, to name a few, are among the team’s returning pillars. Not only will veteran leadership guide us into the upcoming season, but we also have a few incoming freshmen and transfers who fit the personality of the Voorhees University Baseball Team. This will not be my last press release for a player selected to represent our program and university. I wish Henriadam success and am confident that he will surpass expectations and surprise his naysayers.”

O’Neal stated that Voorhees University prepares its students for success. “The faculty and staff embrace the motto of our president, “Next Level of Excellence.” By personally approaching the student population, we ensure that they receive our best efforts to go the extra mile. My coworkers hail from diverse backgrounds and walks of life. Each has a distinctive approach to bringing out the best in our students and, in some cases, our staff. Any student who attends or considers attending Voorhees University to further their education will not be disappointed. We are making progress for the future, and now is the time to join us!” he said. 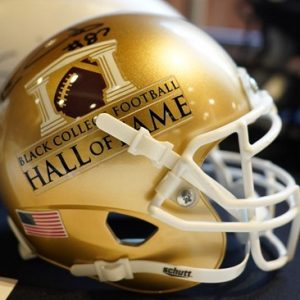